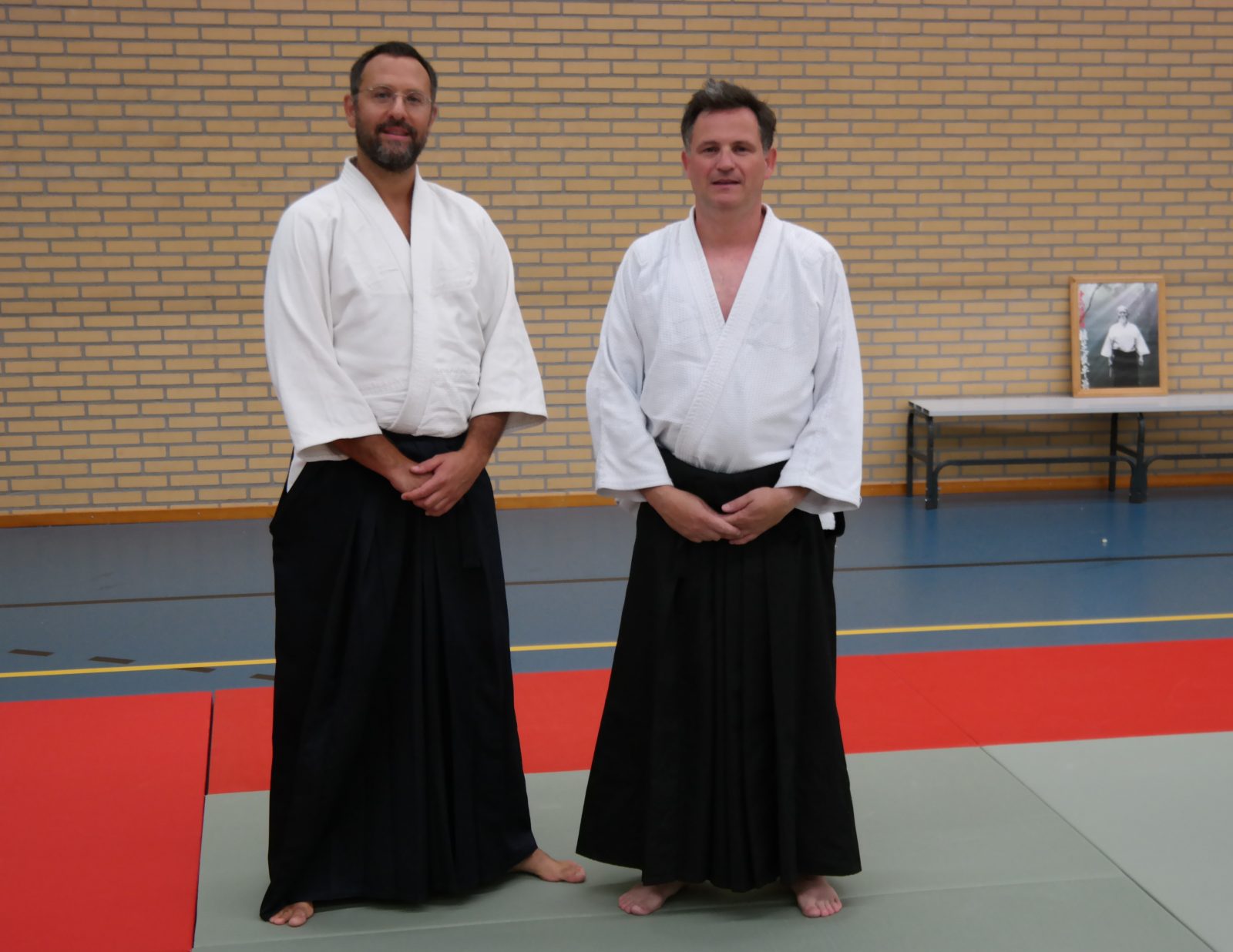 Igor is the Head of instruction of the Kokoro Dojo and as such responsible for the instruction, the technical programme and examinations; he is a Board Member.

Igor has an official certification as Aikido teacher level 3 from Aikido Nederland, recognised by the NOC-NSF. He is currently 4th dan Aikikai Aikido.

Igor practiced different martial arts as judo before taking up Aikido. The aikido that Igor develops is based on a genuine contact between attacker (tori) and defender (uke). In particular Igor is practicing an aikido based on “center-to-center contact“: any technique should be made in a manner that tori controls the center of uke at any point in time (closing the gaps or the disconnections); Igor’s Aikido is also based in searching for the “kuzushi” (breaking the balance): In any technique it is very important to create first a “kuzushi” on uke, so as to make the technique fluent and effortless;

He followed stages of many senseis, to name firstly are Fujita sensei from Japan and Peter Bacas sensei, an aikido pioneer in Holland. Later in his path he got fascinated by Yamashima sensei and the line of disciples that follow the line of Yamaguchi sensei. Igor is also passionate about Japan, which he visits regularly for intense aikido training and exploring the Japanese culture.

Michiel is the Treasurer of the Kokoro Dojo and as such contact person for any question related to fees and membership administration, he is also a Board Member of the Dojo.

Michiel has an official certification as Aikido teacher level 2 Aikido Nederland, recognised by the NOC-NSF. He is currently 3rd dan Aikikai Aikido.

Michiel’s fascination for martial arts started when he was 14 years old and went with one of his friends to an aikido demonstration in Belgium. His professional life took him to the Netherlands where he practiced in dojo’s in Amsterdam and the Hague, with Peter Bacas, an aikido pioneer in the Netherlands. The kind of aikido that Michiel would like to develop is one that enables the body and the mind to have a steady state, but to become flexible, not only as defender (tori) but also attacker (uke).

Christian Grüss holds a 3rd dan degree and is knowledgeable in arms, the bokken (wooden sword), the jo (staff) and the tanto (wooden knife), which he teaches in the dojo. He holds a level 2 Aikido Nederland teacher certificate.

Fausto Molinari holds a 1st dan degree in Aikikai Aikido and assists beginners in learning the basics of Aikido in a safe and joyful way.